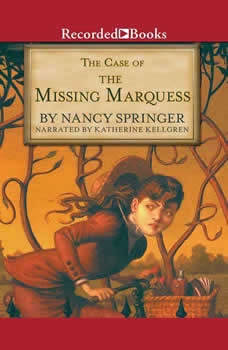 The Case of the Missing Marquess: An Enola Holmes Mystery

Two-time Edgar Award-winning author Nancy Springer introduces the sleuthing powers of Sherlock Holmes' sister in the captivating mystery Booklist and School Library Journal praise with starred reviews. Prompted by clues her missing mother cleverly left her, 14-year-old Enola races clutches of his captors. But how can Enola escape these slimy ruffians and find her mother? "This is a terrific package. Springer . provides . breathtaking adventure, and key-eyed description but she also offers a worthy heroine ."-Booklist