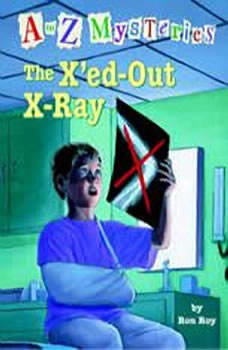 A to Z Mysteries: The X'ed-Out- X-Ray

Dink, Josh, and Ruth Rose are having an excellent time at the Penelope Gwinn concert. But during intermission, Dink injures his arm! At the same time, the singer’s diamond necklace is stolen. Could the two mishaps somehow be connected?