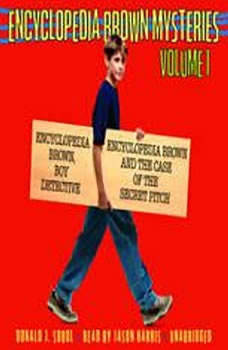 Encyclopedia Brown looks like the usual ten-year-old boy. Actually, he is very unusual. Encyclopedia is a boy who really uses his eyes, his ears, and his head–and his head is full of facts. As for Idaville, where he lives, no grownup, boy, or girl ever gets away with breaking a single law there. That is because Chief of Police Brown's most difficult cases are solved by his son at the dinner table.

Encyclopedia Brown will keep kids guessing until the last page of each chapter book mystery.