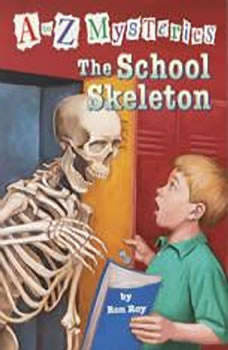 A to Z Mysteries: The School Skeleton

Some sneaky soul has stolen the skeleton from the nurse’s office! The principal promises free aquarium tickets to the savvy sleuths who can track down poor Mr. Bones. It’s up to Dink, Josh, and Ruth Rose to follow the clues and put those old bones to rest.