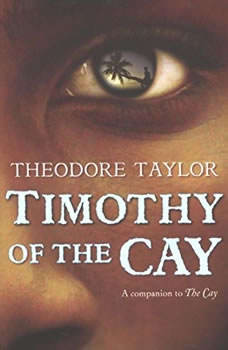 Timothy of the Cay

In the novel The Cay, a young white boy and an old black man are stranded on a small sandy cay in the Caribbean Sea following a shipwreck. Eleven-year-old Phillip was blinded by flying debris when a torpedo struck the SS Hato, and old Timothy has taught him how to survive. This prequel-sequel tells the rest of their tale in alternating chapters--the compelling story of two very different people who share the courage and tenacity to turn their dreams into reality.