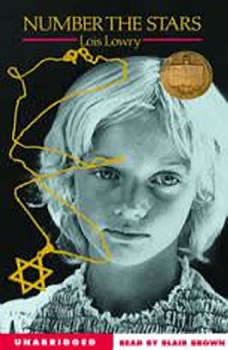 Ten-year-old Annemarie Johansen and her best friend Ellen Rosen often think of life before the war. It's now 1943 and their life in Copenhagen is filled with school, food shortages, and the Nazi soldiers marching through town. When the Jews of Denmark are "relocated," Ellen moves in with the Johansens and pretends to be one of the family. Soon Annemarie is asked to go on a dangerous mission to save Ellen's life.

Two-time Newbery Medalist Lois Lowry introduces a new girl in class who loves being the center of attention and tells the most entertaining “absolutely true” stories. There’s never been anyone like Gooney Bird Greene at Watertower ...

Gooney the Fabulous
by Lois Lowry

Gooney Bird Greene has a fabulous idea after her teacher reads fables to the class. The children learn that fables are stories with animal characters that teach something important. Gooney’s fabulous idea is that each student create their own ...