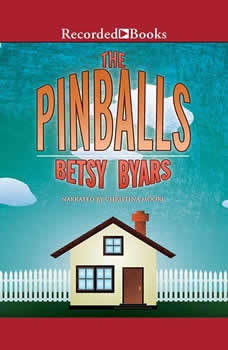 When you're a pinball, life is a risky game, especially for three adolescent children placed in a foster home. Their hard-won defenses are firmly in place as these three uneasy strangers meet their foster parents. For each of these children who were failed by their families, caring for others is so scary it hurts. No one has been in control. But as their daily lives become dotted with fried chicken dinners, puppies, and birthdays, they begin to hope that even pinballs can be winners. Betsy Byars, the National Book Award-winning author of McMummy, writes stories that are beloved by young listeners, their parents and teachers alike. Her thoroughly believable but quirky characters have captivated countless fans; The Pinballs was chosen by almost sixty thousand children in Georgia as their favorite book. The American Library Association agrees, designating it an ALA Notable Children's Book.