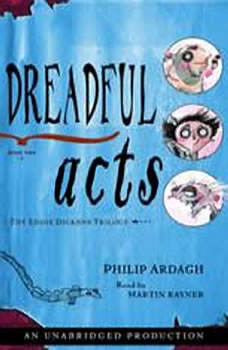 In this eagerly awaited sequel to A House Called Awful End, Eddie Dickens narrowly avoids being blown up, trampled by horses, hit by a hot-air balloon, and arrested--only to find himself falling head over heels for a girl with a face like a camel's and into the hands of a murderous gang of escaped convicts, up on the misty moors, who have a "little job" for him to do.

All the old favorites are here--including Mad Uncle Jack and Malcolm (or is it Sally?) the stuffed stoat--along with some worrying-looking new ones. Beware!