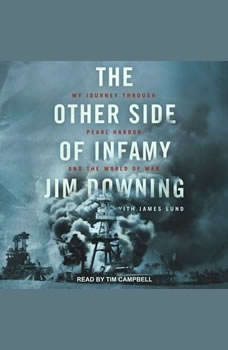 The Other Side of Infamy: My Journey through Pearl Harbor and the World of War

War is uncomfortable for Christians, and worldwide war is unfamiliar for today's generations. Jim Downing reflects on his illustrious military career, including his experience during the bombing of Pearl Harbor, to show how we can be people of faith during troubled times. The natural human impulse is to run from attack. Jim Downing—along with countless other soldiers and sailors at Pearl Harbor on December 7, 1941—ran toward it, fighting to rescue his fellow navy men, to protect loved ones and civilians on the island, and to find the redemptive path forward from a devastating war. We are protected from war these days, but there was a time when war was very present in our lives, and in The Other Side of Infamy we learn from a veteran of Pearl Harbor and World War II what it means to follow Jesus into and through every danger, toil, and snare.