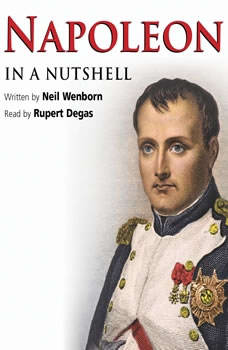 Napoleon – In a Nutshell

Napoleon is one of the giants of modern history. From the last days of the French Revolution to the epochal battle of Waterloo he bestrode the political landscape of Europe like a colossus, and the age to which he gave his name remains one of the most tumultuous in the history of the continent. But who was Napoleon Bonaparte? And why does he still arouse such powerful passions? This audiobook traces the remarkable rise and fall of a man who, as military leader and lawgiver, left his mark on the lives of millions in France and beyond, and whose presence continues to be felt in Europe and the wider world to the present day.