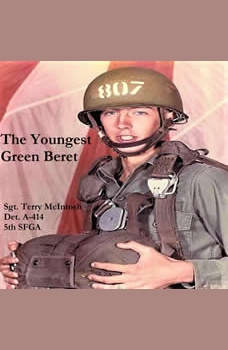 A true story about real people, espionage, and combat including the "Green Beret Affair" that shocked the nation in 1969. From working with a double agent who betrays his friendship and exposes a top secret cross border operation, Terry McIntosh wrestles with his own doubts and fears while protecting the rights of others to live free. He was chosen from the ranks of long range reconnaissance training to serve with Special Forces Detachment A-team 414 in the Mekong Delta, Vietnam 1968-1969. The border camp conducted clandestine operations to observe and engage a growing Viet Cong armed force 15 miles across the line. The top secret mission is exposed after team members are accused of executing the double agent.

It is believed that Terry McIntosh is the youngest soldier to serve with the Green Berets on an "A" team and earn the coveted Combat Badge. This is his story about the transition from boy to man in the jungles of Vietnam where he met himself for the first time with a sense of shame and honor. Sound effects are included.