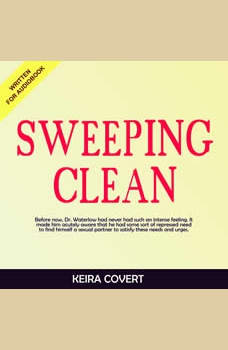 Dr. Waterlow, with his stellar academic qualifications and five years of experience in a boarding school, is the primes candidate to take over as headmaster of Rigby. More importantly, he is a strict disciplinarian and promises to restore order over the mischievous boys at the school. He is certainly in peak sexual form, of that there is no doubt at all. But then his first beating in his new post suddenly brings home to him with a vengeance the homoerotic nature of what he is doing by beating these boys. It is quite common for acts of punishment to be accompanied by arousal, of that Waterlow is certain. In fact, both the recipient and the giver frequently experience erections and orgasms regularly.But his first beating a Rigby is different. Before now, Dr. Waterlow had never had such an intense feeling. It made him acutely aware that he had some sort of repressed need to find himself a sexual partner to satisfy these needs and urges. With his new job bringing high expectations and so many eyes watching him, this is suddenly his number one priority. And he must do it soon, before the board comes to observe him again and they see just what sort of enjoyment Waterlow gets from disciplining the boys at Rigby.Discover this audiobook.