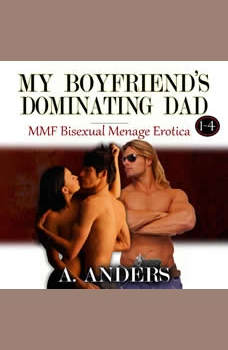 Connor discovers a stash of guns in the woods and his girlfriend Eva convinces him to steal one. But when Tag, the guns’ sexy owner, catches Eva, the 19-year old Connor must do whatever Tag asks to get her back… including exchanging his virginity for his girlfriend’s life.

Kai is woken up at gun point by Lucas, the sexy new man-of-the-house. Led to the basement, Kai finds his girlfriend Emily hanging naked from the ceiling. Lucas, demanding Kai prove his love for Emily, forces them to have sex while the sexy alpha male watches. But when Kai feels Lucas’ gun pressed against his chest and Luca’s naked flesh pressed against Kai’s virginity, the 19-year old is forced to confront the sexual feelings that he has long suppressed.

Tyler bursts into the master bedroom when he hears his ex-girlfriend and Axle giggling within. Axle, the new man-of-the-house, mistakes Tyler’s invasion as an attempt to blackmail him. So at gun point, Axle forces the two 19-year olds to share equally damaging secrets to even the score.