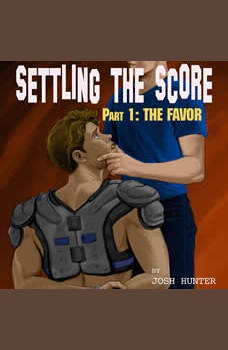 What’s worse than a bully? --A bully who’s the hottest jock in school!

Wade Johnson thinks that he can get away with anything, just because he’s the quarterback of our football team. He caught me staring at him during gym class freshman year, and branded me a “queer”. He and his teammates have been making my life hell ever since.

But golden boy Wade just slipped up, and now he’s about to lose it all: his spot on the team, his hot cheerleader girlfriend, his college scholarship. And he’s begging for my help.

So what am I going to do with an arrogant jock who needs to be taught a lesson?