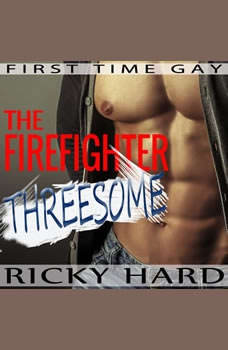 At the end of his first week of work as a fireman, Will accepts an invitation for a drink with two of his new colleagues. With the beer and whisky flowing, the conversation turns to sex and Will starts to think he may have been set up. Not that he’s complaining when his two new friends get naked to show their muscular physiques then strip him as well. With alcohol lowering inhibitions, it ends with him in the middle of two dominant firemen and enjoying his first ever gay threesome. This story contains sex scenes and is suitable for adults only. All characters are fictional and are over 18 years old.