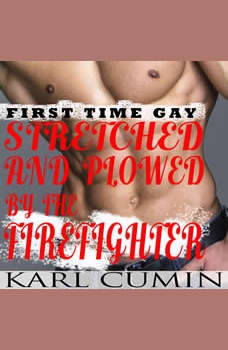 Stretched and Plowed by the Firefighter: First Time Gay

A new job in a small town fire department sees Jacob on nightshift with his new commander on the very first week. The attraction between them is already there, and there’s no fighting it off. It ends with Jacob giving in to feelings he’s been suppressing, as he lets the commander take charge to show him just how good it is to be with a man.