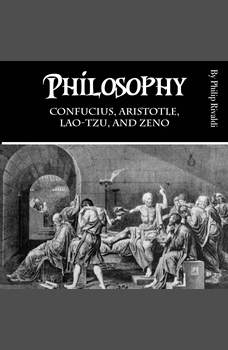 In this convenient guide, several ancient, famous philosophers will be covered, so you may get a better understanding of the ancestors who have shaped our ideas and theories before we were born.

Third in line is a Chinese thinker named Lao-Tzu, a theorist of the pre-Confucian era who, although he was aware of the power of silence, made sure others knew of his view on life. His influence on Taoism was prevalent.

Last but not least is Zeno, the creator of the Stoic School of philosophy in Athens, teaching that the Logos was the best thing to hold on to in life. His studies have rampantly been acknowledged by some of the greatest thinkers in European history.

I invite you to take a closer look at these great men and their intricate ideas today.

This book consists of two titles, which are the following: Book 1: In this convenient guide, several ancient, famous philosophers will be covered, so you may get a better understanding of the ancestors who have shaped our ideas and theories bef...

The philosophers from the east (China, other countries in Asia, etc.) have many things in common with the ancient philosophers in the west (Greece, Eurasia, etc.). But there are differences too. In this guide, we will highlight and compare some...

This book focus on the relationship between the sequence of the creation cycle and the Egyptian ABGD alphabets; the principles and principals of Creation; the cosmic manifestation of The Egyptian Alphabets ; the three Primary Phases of the Creation ...

In this book, you will find information about five different philosophers, some of them well-known, others less. But all of them had a significant impact on the ancient world and how people thought, as well as some of our modern-day ideas. The ...