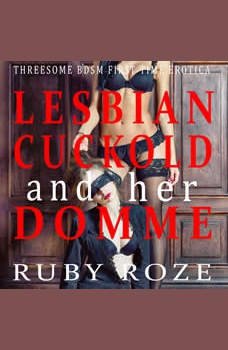 When Nell and Elise decide to share a dorm at college, it opens the door to a relationship with an exciting dynamic. Elise openly dates girls while Nell only has eyes for Elise and a desire to please her all the time. As they grow more comfortable together, it makes their intimacy even more exciting than they could ever imagine

All characters depicted in this work of fiction are 18 years of age or older.