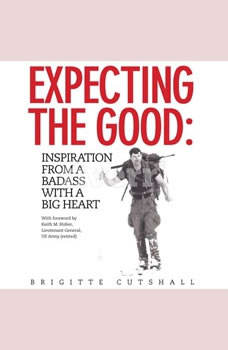 Expecting the Good: Inspiration from a Badass with a Big Heart

This book is a tribute to Jean-Luc Nash, a true badass with a big heart. He was a West Point graduate, Special Forces Officer, 82nd Airborne Commander, and Defense Attache. What people like Jean-Luc Nash do is essential to protecting our country. This allows people like you and me to create, write, pursue our interests - whatever they are - and have the opportunity to make something of ourselves. Jean-Luc made a positive impact by being a great role model for our country, his community, and his family. He inspired many to improve themselves, not be afraid to try new things, explore, and have the courage to do what is right at any given moment.It's an inspiring story of military service, family, loyalty, courage, leadership, and honor. Readers take away an example of what an American patriot and loyal family man looks like, and traits they should strive for to be a better person. It's recommended people read this book to either reminisce on past military campaigns and identify traits of superior leadership to help them grow in their profession.