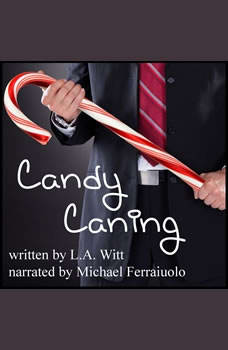 Nate is dreading the annual Christmas visit with his family, during which they will ignore or insult his partner and Dominant. Stephen tries hard to take Nate’s mind off the trip with the promise—and threat—of a three-foot-long candy cane. It’s a race to see if Nate’s resolve or the candy cane will shatter first.