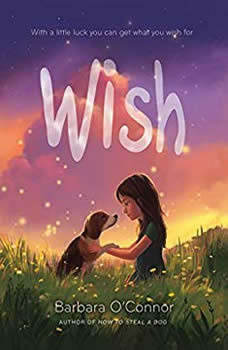 From award-winning author Barbara O'Connor comes a middle-grade novel about a girl who, with the help of the dog of her dreams, discovers the true meaning of family. Eleven-year-old Charlie Reese has been making the same silent wish since fourth grade, hoping that some day it will come true. When her irresponsible parents send her to the Blue Ridge Mountains of North Carolina to live with family members she doesn't know, she needs that wish to come true more than ever. A stray dog, a great friend, and the love of a big-hearted aunt and uncle just might make it happen.