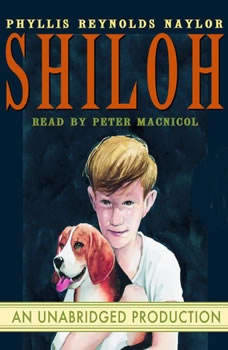 There's nothing eleven-year-old Marty Preston enjoys more than spending time up in the hills behind his home near Friendly, West Virginia.

But this time is different. This time Marty sees a young beagle on the road past the old Shiloh school-house.

Marty feels sure the dog is being abused by his owner. When the dog runs away to Marty's house, his parents say he must bring him back. But it hurts Marty to return the runaway dog to his cruel master.

That's when Marty secretly decides he'll do anything to save the dog he names Shiloh.