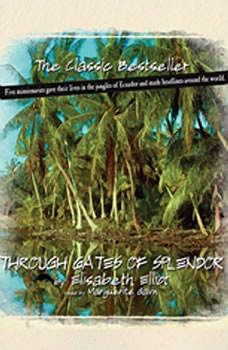 Through Gates of Splendor

It was a story that shook the world. In the autumn of 1955 five young men had dared to make contact with a Stone Age tribe deep in the jungles of Ecuador. The goal: to establish communication with a people whose only previous response to the outside world had been to attack all strangers. // The men’s mission combined modern technology with innate ingenuity, sparked by a passionate determination to get the gospel to a people without Christ. // After several preliminary overtures of friendship, the men set out on a crucial January day in 1956 for a meeting with the Waorani tribesman, who had reacted with apparent tolerance to earlier gifts and messages. // The story of Nate Saint, Roger Youderian, Ed McCully, Pete Fleming, and Jim Elliot was recorded several months later by Jim’s wife, Elisabeth. Through Gates of Splendor has since become a classic, one that has inspired hundreds of thousands of people.