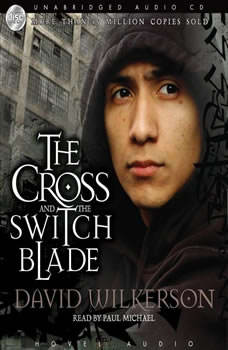 The Cross and the Switchblade

The astonishing true story of Wilkerson's outreach to New York teens trapped by drugs and gangs. Gang-fighters! Drug addicts. Teenage runaways and prostitutes! The toughest and most hopeless kids that New York's ghettos had to offer. Then a young preacher from the Pennsylvania hills arrived on their turf and began preaching a message of renewal, miracles, and God's love. This is one of the century's great true stories. Over 14 million copies in print!