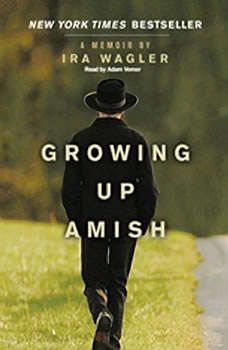 Growing Up Amish: A Memoir

One fateful starless night, 17-year-old Ira Wagler got up at 2 AM, left a scribbled note under his pillow, packed all of his earthly belongings into in a little black duffel bag, and walked away from his home in the Amish settlement of Bloomfield, Iowa. Now, in this heartwarming memoir, Ira paints a vivid portrait of Amish life--from his childhood days on the family farm, his Rumspringa rite of passage at age 16, to his ultimate decision to leave the Amish Church for good at age 26. Growing Up Amish is the true story of one man's quest to discover who he is and where he belongs. Readers will laugh, cry, and be inspired by this charming yet poignant coming of age story set amidst the backdrop of one of the most enigmatic cultures in America today--the Old Order Amish.