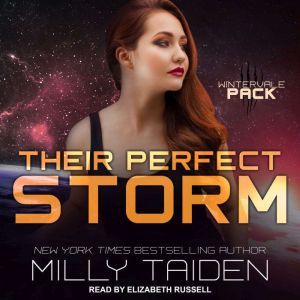 Growing up as a foster kid wasn't easy, but Adrienne White was lucky enough to have a loving family to call her own. Now, she's ready to pay their kindness forward and help a dying planet by being a surrogate. Going to Daeria will also give her the fresh start she desperately needs. What she doesn't expect is the alien planet's magic to wake up powers within her when she arrives. Four men. One woman. Adrienne was definitely not expecting to find four mates. Tempers are bound to flare when such very different personalities are in love with the same woman. Adrienne isn't having it though and puts her foot down. She wants all of them or none of them. When an ancient creature, controlled by madman, targets Adrienne for the magic running in her blood, Barret, Liam, Gavin, and Bala must work together to protect their mate and their pack before the evil takes their mate from them before they could claim her. Contains mature themes.