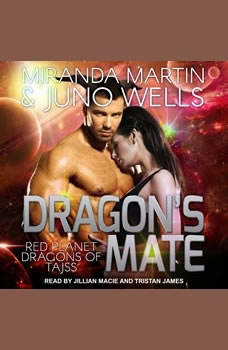 Like being stranded on a desert alien planet wasn't enough . . . All I ever wanted was someone to love. Now my best friend is knocked up by the only hunky alien-dragon available and I can't tell anyone how totally jealous I am. The handful of humans who survived our ship's crash are locked in a struggle to live in sweltering heat with dwindling supplies. The others are taking the life giving, addictive epis but if I take it that means I'm stuck here. Forever. Which also means the chance of being rescued by a knight in shining armor would be zero. If that weren't enough, I go and get myself kidnapped and he's another big, sexy, alien-dragon warrior. Contains mature themes.