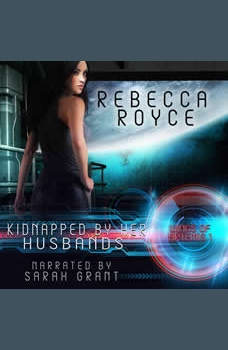 Kidnapped By Her Husbands: A Reverse Harem Science Fiction Romance

No recollection of the past.

A baby grows inside her.

In a futuristic world where women are scarce and only the wealthy can afford a wife, Melissa Alexander is trapped in a prison rehabilitation center with no memory of who she is. The unborn child growing inside her is all that keeps them from making her pay for the sins she's committed--sins she cannot recall. But when five sexy strangers, claiming to be her husbands, kidnap her and bring her to safety, Melissa fears she can't trust them. All she can remember is what she was taught under the prison's watchful, vengeful eye: to hate them. But how can she hate--or love--what she can't remember?