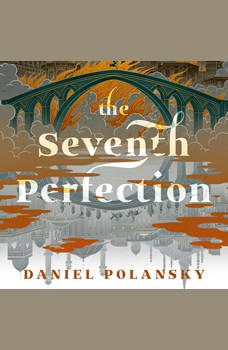 When a woman with perfect memory sets out to solve a riddle, the threads she tugs on could bring a whole city crashing down. The God-King who made her is at risk, and his other servants will do anything to stop her.

To become the God-King's Amanuensis, Manet had to master all seven perfections, developing her body and mind to the peak of human performance. She remembers everything that has happened to her, in absolute clarity, a gift that will surely drive her mad. But before she goes, Manet must unravel a secret which threatens not only the carefully prepared myths of the God-King's ascent, but her own identity and the nature of truth itself.

A Macmillan Audio production from Tordotcom