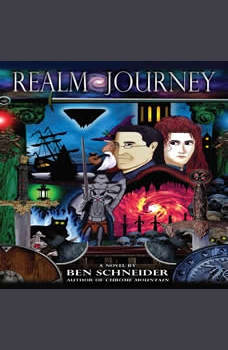 ON A QUEST TO END TYRANNY, A VALIANT KNIGHT YEARNS FOR A WARRIOR-MAIDEN…WHO WANTS HIM DEAD

King Felix’s sole concern is winning a war caused by his own greed and malice. He is unaware his most revered knight, Sir Xandar, and the scientist, Pencerous, have a plot to end Felix’s bloody reign. But a team from afar seizes the plan’s most vital device, detouring Xandar’s mission through a war-torn nation and a kingdom afloat in the sky. After a clash with Queen Miranda, Xandar is hunted by her navy and the most feared “phantom” ship on the high seas. The vessel Xandar chartered finds nowhere to seek refuge—but an isle no ship has ever returned from.

On an unplanned voyage, Xandar fends off menace from Lady Jia—Queen Miranda’s volatile emissary. While facing fears and desires for the beautiful shield-maiden, Xandar uncovers the world’s most chilling secrets in a rousing fight for survival.