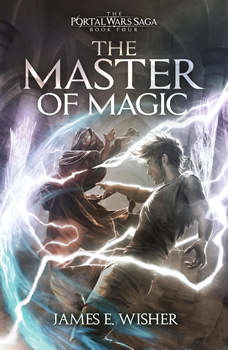 The Master of Magic

After a long and brutal conflict, the war is over.

Otto controls all the portals on the continent and Garenland has made vassals of the other kingdoms.

But some people can't accept defeat.

While Otto hunts King Villares in Rolan, Axel chases Prince Uther across Straken. With Markane scheming to help their enemies, the future of the New Garen Empire is far from certain.

Even worse, the Wizards Guild is challenging Otto for leadership of the empire's wizards and they'll use any means necessary to win.

The war may be over, but the battles are far from won.