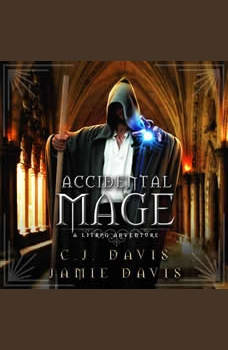 Dragged back to the game of Fantasma, for Hal Dix, this time it’s personal.

Hal returns home from Fantasma to find his greatest nightmare has come true. A personal tragedy in the real world drags him back into the game world of Fantasma one last time.

Seeking help from his comrades in Fantasma, Hal must master the art of magic, gaining abilities and training under four cantankerous archmages to complete his quest. Does Hal have the discipline to stick with the training and reach the end of his chosen path?

Return to the game with the third book of the Accidental Traveler LitRPG fantasy trilogy. Journey along with Hal and his friends in the world of Fantasma, as he becomes the Accidental Mage and fulfills his role as a hero of prophecy.