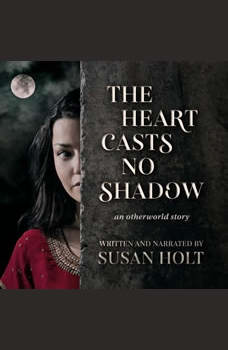 The Heart Casts No Shadow: an otherworld story

Will Rhonwyn free her heart and her people, or will she become the pawn of the most dangerous man ever seen?

When her skill at a complex strategy game gives her a way into the palace, Rhonwyn becomes the eyes and ears of the Resistance.

She must bring down the evil King Risick - the man who seized control and forced her people into his mines. The man who killed Rhonwyn’s father before her eyes, breaking her heart and fracturing her sanity.

Everything changes when she meets a vibrant man who’s also trapped in the palace. Rhonwyn’s not so alone now and her soul begins to heal.

But his dangerous secret forces Rhonwyn to choose between the freedom of her people and the love she’s finally found.

“Susan Holt’s new release had me hooked from the first page. A perfect read for those who want to dip their toes into fantasy and be transported to another world, one that is both familiar and mysterious, with complexities of character, place and possibilities that’ll have you craving a sequel before you’re even half way through.” VANESSA EVETTS, author of Out of the Ashes

“More twists and turns than a game of Gymbal, and you won’t see them coming.” PHILIPPA WERRY, author of The Telegram