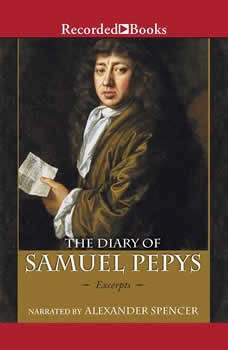 The Diary of Samuel Pepys

Samuel Pepys was born in London in 1633 and died in Clapham in 1703. In his life, he was Secretary of Naval Affairs and President of the Royal Society, mingling with the greatest of the land. He lived through civil war, plague, and the greatest fire London has suffered outside of the Blitz in World War II. In 1660, at the age of 27, he began a diary, chronicling one of the most colorful periods of the Restoration.