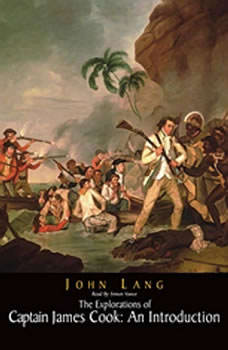 The Explorations of Captain James Cook: An Introduction

Captain James Cook FRS RN (1728-1779) was an English explorer, navigator and cartographer, ultimately rising to the rank of Captain in the Royal Navy. Cook was the first to map Newfoundland prior to making three voyages to the Pacific Ocean during which he achieved the first European contact with the eastern coastline of Australia and the Hawaiian Islands as well as the first recorded circumnavigation of New Zealand.

This audio edition includes the full text of John Lang's biography, plus additional material from Captain Cook's journals, giving a unique personal perspective on the narrative.