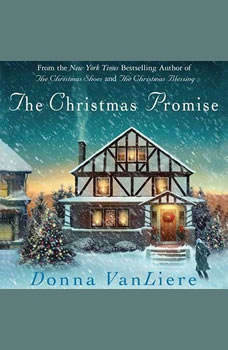 Donna VanLiere's books movingly portray ordinary people reaching for more meaningful lives. In The Christmas Promise, she follows two seemingly separate individuals and shows how their lives intersect. Chaz McConnell realizes that his life is empty—and he's made it that way. He goes home every night to a bare apartment. For the first time in his life, he's working at a job that will last more than a few weeks, as security for Wilson's Department Store. Trying to reach out, he befriends 4-year-old Donovan, whose mother is part of the janitorial team at Wilson's. Gloria Bailey finds it easy to care for families in need but just can't seem to bridge the gap with her cantankerous neighbor, 60-something widow Miriam Lloyd Davies. When Miriam goes away for a week and a pipe bursts she comes home to a house under water. Gloria, in an act of kindness—or maybe insanity—invites Miriam to stay at her house until a hotel room becomes available. They eventually realize they have more in common than they ever thought. In this beautiful, deeply poignant novel, we are reminded that the past is never far behind and all of us are longing for a place to call home.