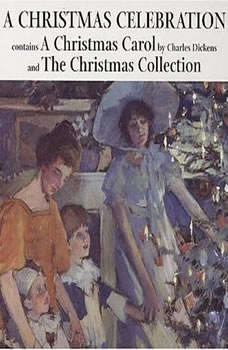 Christmas brings out the best and the worst in us, as can be seen in this evocative anthology. Among what Thomas Love Peacock calls the ‘many poetical charms in the heraldings of Christmas’ there are eulogies by saints and diatribes from curmudgeons. Here, Christmas is expounded by divines, sung by rustics, deplored by philosophers and made mystical in stories. This collection includes complete versions of old favourites and new discoveries: a sermon by Lancelot Andrewes, an account of Christmas under the Puritans, a first, poverty-stricken Christmas in turn-of-the-century New York and a Mummers’ play. Adding the final touch is the music: from traditional Christmas carols and Corelli to Benjamin Britten. On this recording, Christmas past brings alive Christmas present.