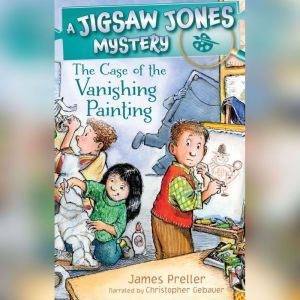 The Case of the Vanishing Painting

Featuring friendship, school, family, and a diverse community, these early illustrated chapter book Jigsaw Jones Mysteries from James Preller have it all. It's the biggest?okay the most stressful?night of the year . . . Parents' Night! And Geetha Nair's painting has just gone missing. The stakes are high, but Jigsaw Jones and Mila Yeh have never encountered a mystery they couldn't solve. Can they track down their friend's art in time for the most important show of the year in The Case of the Vanishing Painting? James Preller's wry, witty, Jigsaw Jones books are once again available to inspire the next generation of young readers, featuring both new titles and classroom classics!