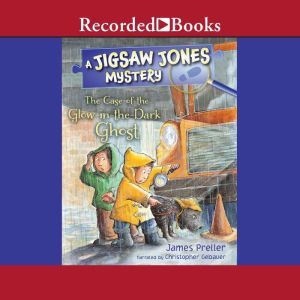 The Case of the Glow-in-the-Dark Ghost

James Preller's wry, witty, Jigsaw Jones chapter book mysteries are once again available to inspire the next generation of young readers, featuring both new titles and classroom classics! The Case of the Glow-in-the-Dark Ghost Glow-in-the-dark footprints, eyewitness accounts of a ghost haunting school grounds-something doesn't add up! Ghosts don't have feet, do they? Either way, Jigsaw Jones and his partner Mila Yeh are on the case, and they'll do whatever it takes to solve this spooky new mystery . . . even if it means they have to be at school extra late!