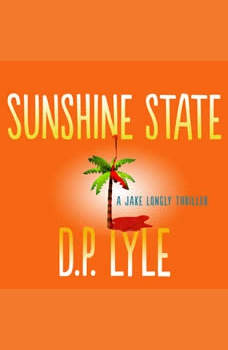 Serial killer’s message to PI Jake Longly: Two of those seven murders I confessed to are not mine?but I won’t tell you which two.

Jake Longly and Nicole Jamison are confronted with the most bizarre case yet. Serial killer Billy Wayne Baker now denies that two of his seven murders were actually his work. An anonymous benefactor, who believes Billy Wayne’s denials, has hired Longly Investigations to prove Billy Wayne right. Billy Wayne had confessed to all seven. Not only did the confessed serial killer have the motive, means, and opportunity for murder, but his DNA was found at each crime scene. Bizarre doesn’t quite cover it.

Jake and Nicole travel to the small Gulf Coast town of Pine Key, Florida, where three of the murders occurred. The local police, FBI, state prosecutor, and crime lab each did their jobs, uncovered overwhelming evidence of Billy Wayne’s guilt?and even extracted a full confession. Is Billy Wayne simply trying to tweak the system to garner another fifteen minutes of fame? It’s likely all a game to him, but, if he’s being truthful?someone out there is getting away with multiple murders. How? Why? And most importantly, who?