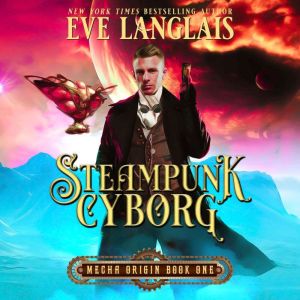 When a best friend drags Agatha “Aggie” Bowles to a romance convention, all she wants to do is find some new authors and a quiet spot to read. Instead of relaxing with a book, she ends up kidnapped by a steampunk cyborg.

Which is as exciting as it sounds.?Except for the fact he’s more interested in the cog hanging around her neck than Aggie herself. He’ll do anything to get his hands on it. Problem is other people want it, too.

Can this cyborg relinquish a priceless treasure for love?