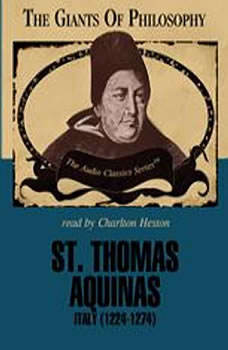 In the late 13th century, this quiet reflective Dominican scholar concentrated his work on philosophical concerns that today would be considered to be partly theological. He combined the work of Aristotle with Christian, Jewish, Muslim, and pagan thought to reconcile reason and faith; he believed we can know that God exists, but not what god is like. Thomas's masterpiece, the Summa Theologiae (Summa Theologica), contains over 10,000 objections and replies to fundamental questions about God and the world. It enumerates virtues and vices, and it includes Thomas's famous "five ways" to prove God's existence, which are (1) the unmoved mover, (2) the uncaused cause, (3) the necessary being, (4) the perfect Goodness, and (5) the guiding intelligence. Thomas believed that God is absolutely simple, perfect, good, infinite, omnipresent, changeless, eternal, and unique. God is "Pure Subsistent Act of Being," continuously communicating the possibility of existence to all worldly creatures and objects. For Thomas, intellectual knowledge is a sign of the spirituality that energizes the human center. He saw the Bible as a substitute for the wisdom of a lifetime's study and learning. All in all, Thomas concluded that mortal happiness (felicity) is uncertain, but immortal happiness (beatitude) is the ultimate end of life; beatitude is to pass beyond death to "see the face of God."