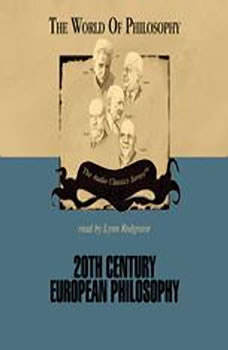 Twentiethcentury European philosophy has grown out of two movements: existentialism (emphasizing the everyday turmoil of living) and phenomenology (seeking the essential, indispensable core of things grasped by pure consciousness). These movements highlight consciousness, meaning, freedom, and body; later philosophers have also stressed language, discourse, and power. Major figures in "continental philosophy" are: Edmund Husserl (18591938) focused on pure consciousness, a nonbodily region with its own structures and laws. Bypassing considerations of space and time, Husserl used direct intuition to investigate the essences of material and psychical entities as they inhabit the mind. Husserl laid the groundwork for cognitive psychology and Gestalt psychology. Martin Heidegger (18891976) explored the nature of Being, not through intuition but through interpretation and understanding of the "primary sources" of consciousness, as found in the everydayness of beingintheworld. He believed that the essence of human being is not consciousness but existence and he underlined the importance of Being and language. JeanPaul Sartre (19051980) pointed to our existential freedom to create ourselves out of the "nothingness" from which we cannot escape. Maurice MerleauPonty (19081961) concentrated on the role of the experiential body, an ambiguous yet active vehicle for our past experiences and our "rising toward the world." Jacques Derrida (1930 ) responded to the linguistic "structuralism" of Ferdinand de Saussure by expanding his analysis of language to include much more than the spoken word, showing the primacy of writing at a deep level. The inventor of "deconstruction," Derrida pursues the difficult notions of "spacing" and "difference." Michel Foucault (19261984) focused on the "archeology of knowledge," demonstrating how institutions radically shape an individual's concrete actions and ways of thinking. A cultural relativist, Foucault believed that there are no enduring principles that transcend our situation in history. Emmanuel Levinas (19061995) rejected a focus on essence or Being in favor of a concern for others i.e., ethical relationships with what he calls "the Other."