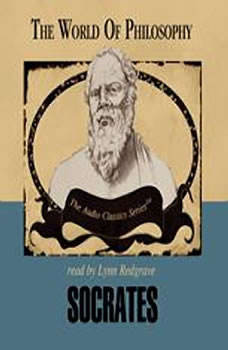 Though Socrates left no written works, there were many ancient accounts of his life and his philosophy. The most important of the surviving accounts are from three contemporaries (the comic poet Aristophanes, the historian Xenophon, and the philosopher Plato) along with two later Greek biographers: Plutarch (1st cent. AD) and Diogenes Laertius (3rd cent. AD). The "Socratic Problem" is to determine from those varying accounts what Socrates actually said and believed. We know that Socrates was an eccentric and often irritating gadfly, who went about Athens engaging others in philosophical conversation. He rolled his eyes and cocked his head backwards as he walked, usually barefoot and in tattered clothes; his persistent questioning exposed the contradictions in people's claims of knowledge. Socrates himself never claimed definitive knowledge, but he made many enemies among those he refuted and embarrassed. His careful, logical questioning has become known as the "Socratic method of teaching," and it later became a major alternative to the traditional lecture method. Socrates believed that even when we strive to lead the "examined life," we cannot definitively establish truth or absolute knowledge; we can only refute wrong thinking. He was interested in religion as it applies to moral virtue, affirming that the condition of one's soul is related to the "most important things" (such as justice, truth, and piety). Socrates said we must simply live a life of reason in an effort to determine which views are better than others. In 399 BC, Socrates was brought to trial on a charge of impiety. He was sentenced to death, which he accepted in obedience to the rule of law. Socrates spent his last day in philosophical conversation with friends before carrying out his sentence by drinking extract of hemlock.