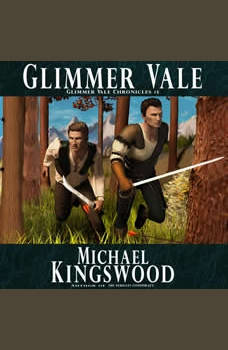 On the run from their past, swordsmen Raedrick Baletier and Julian Hinderbrook search for a place of refuge where they can start over.

That search sends them through a remote mountain valley called Glimmer Vale, where unbeknownst to them, dark forces threaten the population's lives and fortunes.

With their hopes of quiet passage through the Vale dashed, and facing a deadly conflict against overwhelming odds, Raedrick and Julian will need all of their wit, courage, and skill just to survive, let alone prevail.

Fans of sword and sorcery will enjoy this fast-paced tale of redemption set in a world of valor and magic.