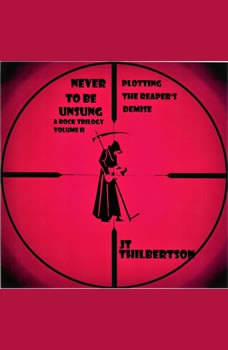 Never to be Unsung, a rock trilogy, Volume 2

Despite a Frank Maddox ordered communication blackout between Lisa and the Band, both sides manage to pick up the pieces after the plane crash that took Ashley's life and begin to prepare for a tour de force to win Ashley the fame and recognition which she was denied. Volume 2 follows Lisa's journey from a starry-eyed child prodigy to an adult, battle-scarred, whetstone-sharpened artist in her own right. Meanwhile, across the Atlantic, Glen and the band shift gears and begin to align themselves with the new direction which Ashley wanted to take upon completion of their ill-fated tour. Just as Lisa prepares to go join them, her dying father, (Frank), tosses one last joker on the table. unaware that Ashley is keeping abreast of his every move. Even as all this is going on, the sound leaves breaking under the feet of Ashley's Aussie mate, Dahlia, can be heard at the edge of the lawn, so to speak. Who exactly is she? And why is she remaining in the shadows?