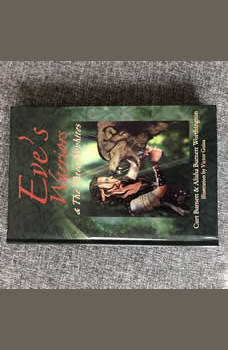 Eve's Warriors & The Three Nephites is a "Twilight"-inspired epic saga that features immortal love stories and recounts the millennia-long cosmic battle Eve's Warriors have been waging with Satan since the Garden of Eden. Women are Eve's Warriors when they fight for good as mothers, sisters, educators, soldiers, business leaders, and nurses and in other righteous endeavors. Readers meet real "women of faith" Warriors like Harriet Tubman and Joan of Arc, who openly acknowledged God's hand in their achievements. They'll also follow the adventures of fictional Warriors like Amelia, a New York teenager, and Simona, a roman country girl, who consort with real-life transfigured beings with "superhero" powers -- the Three Nephites. This epic 2000-year saga features immortal love stories, cataclysmic clashes between Good and Evil, and pivotal history-changing events as the world careens toward the End of Days.