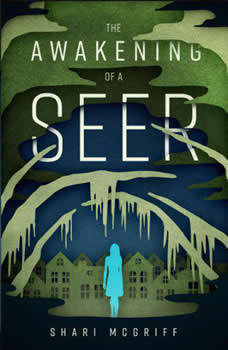 The Awakening of a Seer

To save her son from ultimate evil, she must turn to a God she no longer believes in…

Julie's crushing grief brought a swift end to her faith. Left to raise her fatherless son, the Seer can rely on no one but herself… which is exactly how the demons prefer it. When nefarious whispers foretell the impending death of her son, she'll do whatever it takes to keep him safe.

As sinister forces flood her idyllic coastal community, Julie's God-given gifts may be her only hope for salvation. But summoning her divine abilities will require the one thing she's sworn off forever: praying to the God who betrayed her.

Will Julie find her faith in time to deliver the town from evil, or will her resentment doom her to darkness forever?

The Awakening of a Seer is a captivating supernatural thriller. If you like deeply spiritual fiction, heroines battling pure evil, and Southern Gothic settings, then you'll love Shari McGriff's enthralling story.

Buy The Awakening of a Seer to take a stand against evil today!