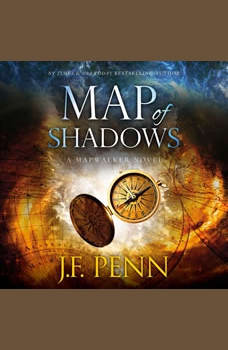 A map of skin etched in blood.A world under threat from the Borderlands.A young woman who must risk the shadows to save her family.

When her Grandfather is murdered under mysterious circumstances, Sienna Farren inherits his map shop in the ancient city of Bath, England. She discovers that her family is bound up with the Ministry of Maps, a mysterious agency who maintain the borders between this world and the Uncharted.

With the help of Mila Wendell, a traveler on the canals, Sienna discovers her own magical ability and a terrifying place of blood that awaits in the world beyond.

But when she discovers a truth about her past and the Borderlands begin to push through the defenses, Sienna must join the team of Mapwalkers on their mission to find the Map of Shadows – whatever the cost.

In a place written out of history, a world off the edge of the map, Sienna must risk everything to find her father … and her true path as a Mapwalker.