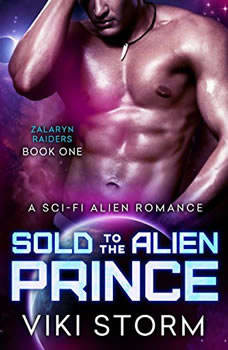 Sold to the Alien Prince: A Sci-Fi Alien Romance

Xalax When I see her groped and humiliated at the auction house, I have no choice but to buy her. Even if a virgin human female costs as much as all the minerals on Fenda. I don't care if it's against the rules, if the healers say our DNA isn't compatible. I'm the Crown Prince. I make the rules. I take what I want. And I want her. She's my proper mate. I can feel it. But first, I must claim her. I'll try to be gentle with my delicate little creature, but I don't know if I can . . . Resa I'm a Marked human female, bought and paid for. He can do anything he wants to me. This gigantic, muscled alien has total mastery over my body. I've never done this before . . . with human or alien. I'm frightened, alone, and trembling but I can't help but imagine what it will feel like when this hulking creature takes me . . . Why would I desire this brute? Even if he's the one who saved me. The only one to show me kindness. All that stuff he said about bonding and mates, that's just alien superstition. It's not what's happening. Is it? Contains mature themes.